The world’s oldest man – the only member of his immediate family to survive the Holocaust – has died at the age of 113. 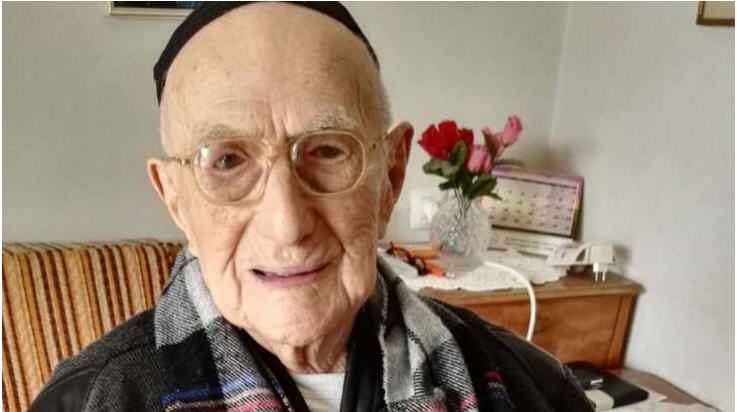 Polish-born Yisrael Kristal died on Friday, a month before he was due to turn 114, Israeli media reported. 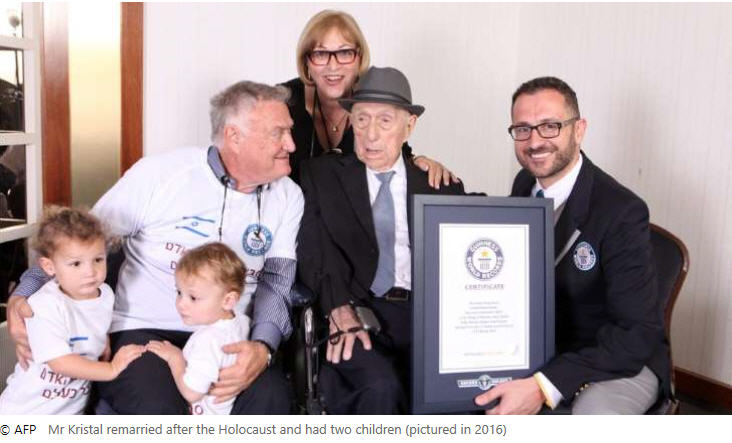 Mr Kristal, who lived in Haifa, Israel, hit the headlines last year after deciding to celebrate his bar mitzvah a century late.
The original celebration had not taken place because World War One broke out.

The son of a religious scholar, Mr Kristal lost his mother and father during World War One, according to reports. He later moved to Lodz to work in the family confectionery business.
After the invasion of Poland by Nazi Germany in 1939, Mr Kristal and his family were moved into the Lodz ghetto.

His two children died there and Mr Kristal and his wife Chaja Feige Frucht were sent to Auschwitz in 1944 after the ghetto was liquidated.
Mr Kristal’s wife was murdered in Auschwitz but he survived, performing slave labour in that and other camps. When he was found by the Allies in May 1945 he weighed just 37 kg (5 stones 11 lbs).

According to Tablet Mag, he thanked the Soviet soldiers who rescued him by making them sweets.

The sole survivor from his family, Mr Kristal emigrated to Israel in 1950 with his second wife and their son, where he continued to run his confectionery business until his retirement.
Mr Kristal was officially recognised as the world’s oldest man by the Guinness Book of Records in March 2016.

Speaking at the time, he admitted he did not know the secret to a long life, saying: “There have been smarter, stronger and better looking men than me who are no longer alive.”
He is survived by two children, as well as grandchildren and great-grandchildren, Israeli newspaper Haaretz reported.

His daughter Shula Koperstoch said he had died on Friday afternoon after becoming ill on Thursday.

She told Israeli news website Ynet [in Hebrew] she had had a “great father”, adding: “Despite all that he went through, and he lost the whole family in the Holocaust, he had a lot of optimism, and he always saw only light and good in everything.”

Your ticket for the: World’s Oldest man and Auschwitz Survivor Passes On