Vitamin D is praised as a vitamin that builds stronger bones and protects against diabetes, multiple sclerosis, cancer, and heart disease. A wonder vitamin or misleading hype? 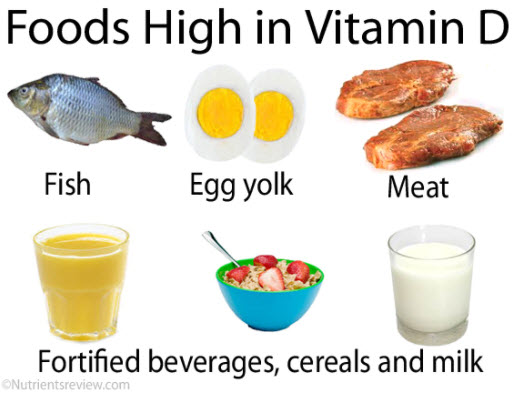 Vitamin D is critical for strong bones, from infancy into old age. It helps the body absorb calcium from food. In older adults, a daily dose of “D” and calcium helps to prevent fractures and brittle bones. Children need “D” to build strong bones and prevent rickets, a cause of bowed legs, knock knees, and weak bones. Adding the vitamin to milk in the 1930s helped to nearly eliminate rickets.

There is currently insufficient evidence to recommend vitamin D for the prevention or treatment of MS.

There’s not enough proof for doctors to recommend taking this supplement to prevent diabetes. Excess body fat may play a role in type 2 diabetes and low levels of vitamin D.

One small study of dieters suggests that adding the vitamin to a calorie-restricted diet may help overweight people with low vitamin levels lose weight more easily.

How Does Sun Give You Vitamin D?

Most people get some vitamin D from sunlight. When the sun shines on your bare skin, your body makes its own vitamin D. But you probably need more than that. Fair-skinned people might get enough in 5-10 minutes on a sunny day, a few times a week. But cloudy days, the low light of winter, and the use of sun block (important to avoid skin cancer and skin aging) all interfere. Older people and those with darker skin tones don’t make as much from sun exposure. Experts say it’s better to rely on food and supplements.

Many of the foods we eat have no naturally occurring vitamin D. Fish such as salmon, swordfish, or mackerel is one big exception and can provide a healthy amount of vitamin D in one serving. Other fatty fish such as tuna and sardines have some “D,” but in much lower amounts. Small amounts are found in egg yolk, beef liver, and fortified foods like cereal and milk. Cheese and ice cream do not usually have added vitamin D.

Eating D-rich foods is the best way to get vitamin D. If you still need help getting enough, there are two kinds of supplements: D2 (ergocalciferol), which is the type found in food, and D3 (cholecalciferol), which is the type made from sunlight. They’re produced differently, but both can raise vitamin levels in your blood. Most multivitamins have 400 IU of vitamin D.

Problems converting vitamin D from food or sunshine can set you up for a deficiency. Factors that increase your risk include:

How Much Vitamin Do You Need?

The recommended dietary allowance for vitamin D is 600 IU (international units) per day for adults up to age 70. People aged 71 and older should aim for 800 IU from their diet. Some researchers recommend much higher doses of the vitamin, but too much can hurt you. Above 4,000 IU per day, the risk for harm rises, according to the Institute of Medicine.

Most children and adolescents don’t get enough vitamin from drinking milk. Recommended levels are 400 IU to 600 IU. That amount is often included in chewable multivitamins. Children with some chronic diseases such as cystic fibrosis may be at increased risk for vitamin D deficiency.

How Much Is Too Much?

Some researchers suggest taking far more vitamin than the 600 IU daily guideline for healthy adults. But too much be dangerous. Very high doses of the vitamin can raise your blood calcium level, causing damage to blood vessels, heart, and kidneys. The Institute of Medicine sets the upper tolerable limit at 4,000 IU per day.

Some drugs cause your body to absorb less vitamin D. These include laxatives, steroids, and anti-seizure medicines. If you take digoxin, a heart medicine, too much vitamin can raise the level of calcium in your blood and lead to an abnormal heart rhythm.

The VITAL Study, a Harvard university study, of vitamin D and omega-3 is following 20,000 volunteers to find answers. In the meantime, a healthy body weight, regular exercise, and the diet guidelines of the American Cancer Society may help prevent cancer.

Low levels of vitamin D have been linked to a greater risk of heart attack, stroke, and heart disease. Still, it’s not clear whether boosting vitamin levels will reduce heart risks and how much vitamin is needed. Very high levels of the vitamin in the blood can actually harm blood vessels and the heart by increasing the amount of calcium in the bloodstream.

Older people are more likely to have vitamin levels that are too low. Researchers found that older people with this vitamin deficiency performed poorly on tests of memory, attention, and reasoning compared to people with enough vitamin in their blood. Still, better studies are needed to learn if vitamin supplements could prevent dementia or slow mental decline.

Your ticket for the: Vitamin D: A Wonder Vitamin or Just Misleading Hype