Smile At A Senior Citizen, Their Health And Yours Will Thank You

A smile is a great response to stress. Often, senior citizens are under great stress due to poor health, loneliness, money, or concern for their children. Give them a great big, wide smile. They’ll feel better and so will you. 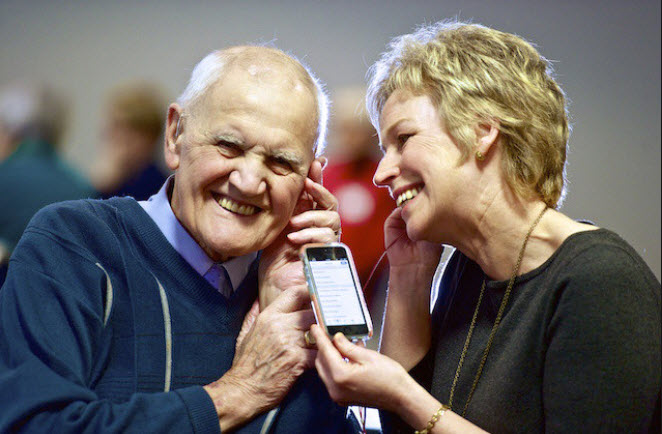 Most people don’t give a second thought to a smile. But, the reality is quite different. It has tremendous power to not only make a person feel good but also boost their health.

For example, recently, scientists at the University of Wisconsin, tested the effects of a smile on stress levels. When under stress, we produce steroid hormones called glucocorticoids that affect many systems throughout the body. In particular, the hypothalamus and pituitary gland in the brain and the adrenal glands near the kidneys are actively involved.

One stressful activity is public speaking.

Male participants were asked to give three short speeches about themselves in front of a male evaluator who was watching over a web camera. In fact, the evaluator only briefly appeared live, then turned off his camera. After each of the three speeches, the participants were shown videos of their evaluator’s facial expressions. They were told these represented spontaneous reactions, but the videos were actually pre-recorded.

The men were shown one reward, affiliation, or dominance smile after each of their responses. Each time, they were also shown a control video with a neutral response, such as face scratching or eye blinks.

Scientists measured levels of the glucocorticoid cortisol in the men’s saliva. They also used an EKG before, during, and after the speech to measure heart activity.

Scientists found that dominance smiles increases stress as measured by increased levels of cortisol and heart rates. Reward and affiliation smiles, in contrast, lowered stress. Participants receiving reward or affiliation smiles, quickly returned to their base cortisol levels within 30 minutes after their speech. Those who received dominance smiles continued to still have significantly higher cortisol and stress levels 30 minutes later.

Heart rate variability, i.e.; how much the time between heart beats varies, has previously been tied to social cues such as facial expressions. Scientists found that the men in the study who had higher baseline heart rate variability differed more in their physiological responses to the different types of smiles. These differences between people may fundamentally affect how they respond to social situations.

These results show that subtle differences in your facial expressions while someone is talking to you can change their experience, their body, and the way they feel.

So, go ahead, show your bright smile and make that senior citizen happy. You’ll be glad you did.

Your ticket for the: Smile At A Senior Citizen, Their Health And Yours Will Thank You

Smile At A Senior Citizen, Their Health And Yours Will Thank You