Sleep Deprivation of Even One Night Increases Alzheimer’s Risk

Scientists from the National Institute on Alcohol Abuse and Alcoholism (NIAAA) discovered that adults who experienced one single night of sleep deprivation showed an immediate increase in levels of beta-amyloid.

Beta-amyloid also known as amyloid beta, is a sticky protein that can accumulate between brain cells and form “plaques.” These plaques disrupt brain cell communication, and this is believed to play a key role in Alzheimer’s disease.

Alzheimer’s disease is a progressive cognitive disorder characterized by memory loss and changes in behavior. It is the most common form of dementia, affecting around 5.7 million adults in the United States alone. 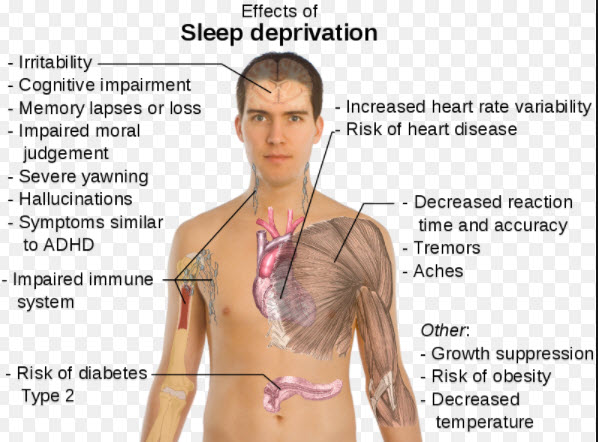 Past research used animal models to obtain their data. Currently, not much is known about the impact of sleep deprivation on beta-amyloid protein levels in the human brain.

Using positron emission imaging, they measured beta-amyloid after one night of rested sleep and one night of deprivation.

After a single night of deprivation, the researchers noticed an increase in beta-amyloid levels in the right hippocampus of the subjects’ brains, as well as in the thalamus.

The hippocampus is the brain region associated with long-term memory, and the thalamus is a brain region involved in processing sensory information.

These results show the importance of good sleep habits for brain function and prevention for on-set Alzheimer’s disease. Even one night of deprivation increase the beta amyloid protein responsible for Alzheimer’s on-set.

Future research should examine whether a night of rested sleep can reverse the damage caused by a bad night’s sleep.

Your ticket for the: Sleep Deprivation of Even One Night Increases Alzheimer’s Risk

Sleep Deprivation of Even One Night Increases Alzheimer’s Risk