Senior citizens will outnumber children in the United States by the year 2035, according to new statistics by the Census Bureau. 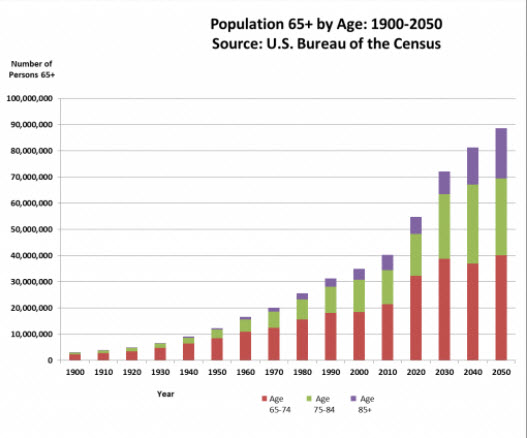 Senior Citizens: What Do These Statistics Mean

This rapid increase in senior citizen population means that older people will outnumber children within the next 30 years.

Eventually, the total senior citizen population will expand to one of every five residents, according to Census Bureau projections.  Furthermore, as the seniors population increases, , their ratio to working-age adults, will increase from 3.5:1 in 2020 to 2.5:1 in 2060, the report stated.

Senior Citizens: Quality of Life in 2050

Your ticket for the: Senior Citizens Will Outnumber Children by 2035, Census Bureau Says