Schizophrenia is a serious mental illness that can be disabling. Currently, about 1% of Americans have it. Schizophrenics may hear voices, see imaginary sights, or believe other people control their thoughts. These sensations can lead to erratic behavior. Although there is no cure, drug and counseling treatments can oftentimes manage the most serious symptoms. 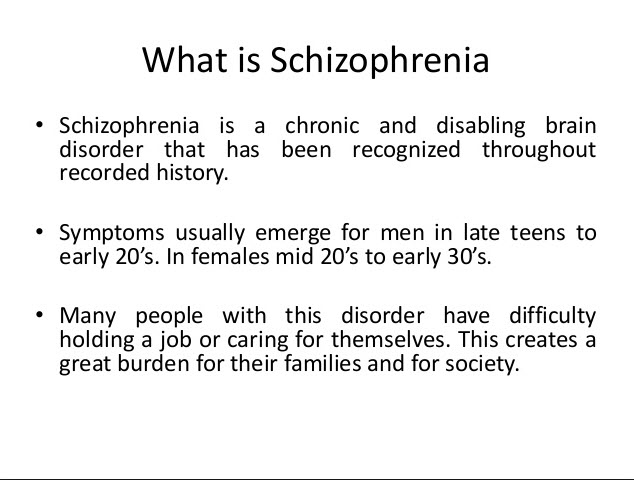 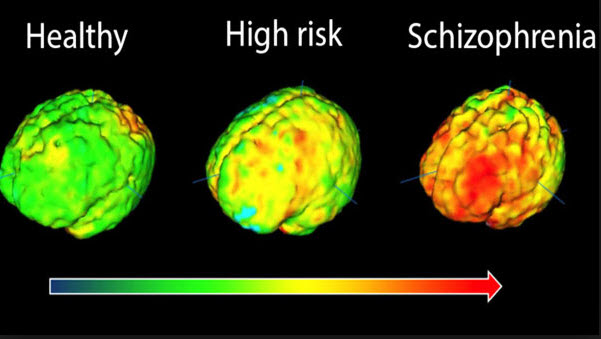 The symptoms are severe, affect quality of life, and in some cases the schizophrenic can be harmful to himself and to others. Some of the symptoms include:

Some signs, such as lack of enjoyment in everyday life and withdrawal from social activities, may mimic depression.

Organizing thoughts is difficult, if not impossible. Their mind jumps from one unrelated thought to another.

The disease has a major impact in many ways. They talk but make no sense, or they make up words. Many have trouble keeping themselves and/or their homes clean.  There is repetitive behaviors such as pacing, hand washing, and facial or body ticks.

Schizophrenia: Who Is Susceptible?

It strikes men and women. Symptoms usually start between ages 16 and 30. Early symptoms may present weeks, months or even years before the first incident of full psychosis. It tends to begin earlier in men than in women. Schizophrenia rarely starts during childhood or after age 45. Genetics is an important factor as psychotic disorders in the family may be more likely to transfer to the offspring.

The exact causes are unknown. A person’s genes, experiences, and environment may all be involved. Scientists believe that brain chemicals such as dopamine and glutamate may be involved as well as structural deficiencies in certain critical brain structures.

Schizophrenia is very difficult to diagnose. There are no lab tests so doctors usually look at a person’s history and symptoms. First, it’s important to rule out other medical causes. In teens, a combination of family history and certain behaviors can help predict the start of schizophrenia. Some behaviors include withdrawing from social groups, paranoia, and hallucinations.

Medicines That Treat It

Prescription drugs can reduce symptoms such as abnormal thinking, hallucinations, and delusions. There are side effects such as tremors and gaining considerable weight. Drugs may also interfere with other medicines or supplements. But, side effects notwithstanding, medication is a must to treat schizophrenia.

Counseling can help people develop better ways to recognize and handle their problem behaviors and thoughts, and improve how they relate to others. The earlier treatment is sought, the better the outcome. In cognitive behavioral therapy (CBT), people learn to test the reality of their thoughts and better manage symptoms. Other forms of therapy try to improve self-care, communication, and relationship skills.

Staying on the Plan

People with schizophrenia sometimes quit their medications because of side effects or thinking they’re healthy and don’t need it. This increases the risk of serious symptoms returning, which can lead to a serious psychotic episode. Regular counseling can help people stick with their treatment and avoid a relapse or the need for hospitalization.

Alcohol, Drugs Are a Risk

When It’s a Relative

It can be hard to convince someone with schizophrenia to get help. Treatment often begins when a psychotic episode results in a hospital stay. Once the person is stabilized, family members can do these things to help prevent a relapse:

Where to Learn More

To learn more about schizophrenia, contact the National Institute of Mental Health (NIMH) or the National Alliance on Mental Illness (NAMI). NAMI can put you in touch with local support groups for patients and their families.

Your ticket for the: Schizophrenia Symptoms, Causes, And Available Treatments