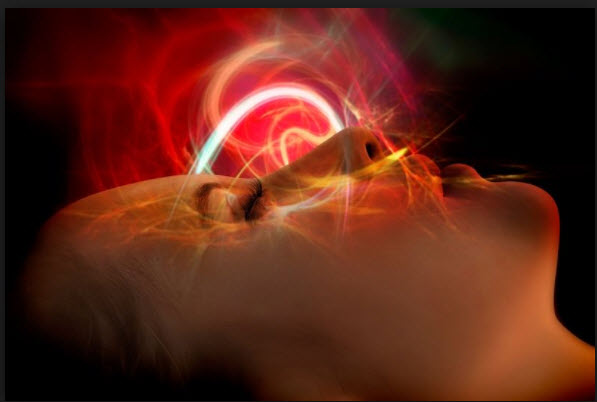 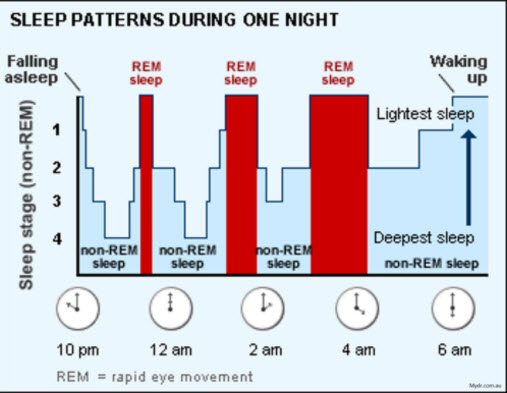 Australian scientists measured sleep cycles in 321 men and women aged 60 and up (average age of 67).

The research team first tracked the sleep cycle of the men and women over the course of a single night. All the patients were then tracked for signs of dementia for up to 19 years (12 years, on average). Ultimately, 32 participants developed dementia. Twenty-four of those people developed Alzheimer’s.

The results showed that deep sleep patterns had no affect on dementia risk. But REM patterns did.

The study adjusted for several critical factors such as heart disease, depression, and medications. Most noteworthy, seniors who displayed REM sleep levels of 20% and higher did not develop dementia. Whereas seniors with REM levels of 17% and lower did develop dementia. 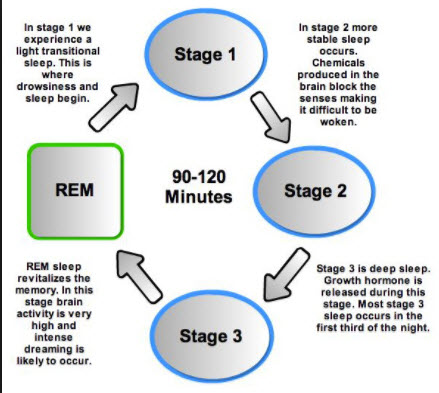 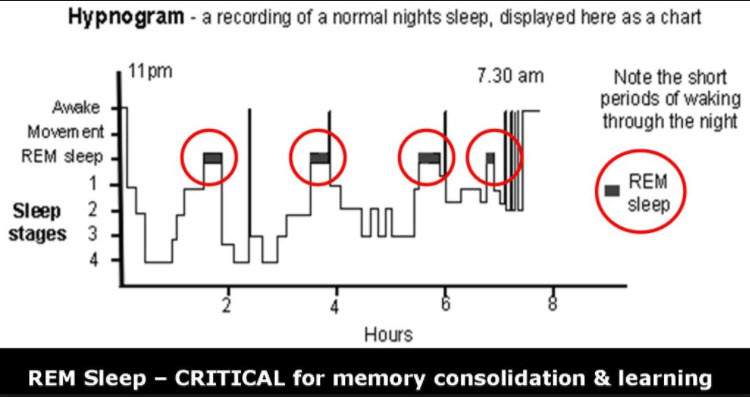 These results indicate that REM sleep may help protect connections in the brain and ward of dementia onset.

Most noteworthy and relevant, several animal research studies have clearly demonstrated that sleep deprived mice develop greater deposits of amyloid plaque in their brains. Such deposits are linked to increased Alzheimer’s risk.

Therefore, the bottom line folks is, get a good 8 hours night’s sleep. You’ll wake up happy, sharp, clear thinking, and ready to tackle the day.

Your ticket for the: Rem Sleep, Dementia, and Memory Loss Are All Linked, Study Shows