Oligomer proteins are responsible for causing Alzheimer’s disease says a combined research group from Cambridge University and Lund University. The English and Swedish scientists agree that the cause is toxic clumps of oligomer proteins in the brain. They are gearing up to create drugs to target and destroy these proteins.

There are currently no effective drug treatments to combat Alzheimer’s. Drugs that provided some hope for the cure based on Stage-2 clinical trials, quickly fizzled out based on the more stringent Phase-3 trials. For a drug to come to market, it must pass the Stage-4 clinical trials as per FDA protocols. 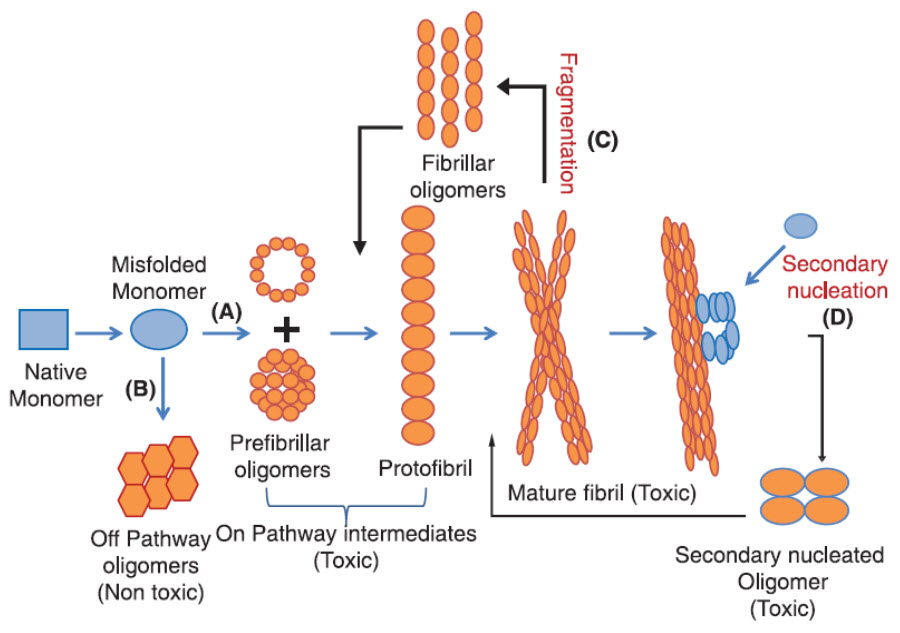 Oligomer Proteins: What Are They?

Proteins are molecules that make up the structure of organs and tissues and carry out many jobs in the body, including inside and between cells.

The molecules are large, complex 3-D chains formed of hundreds to thousands of amino acid units, of which there are 20 different chemical types.

In Alzheimer’s disease, toxic deposits of “rogue” proteins kill healthy brain cells. This happens, for example, when the protein fails to fold, or stay folded, in the correct 3-D shape.

Misfolded proteins are linked not only with Alzheimer’s, but also with Parkinson’s and many other human diseases. In most cases, these malfunctioning cells are destroyed by a waste disposal mechanism. However, as the person ages, the brain becomes less elastic and has greater difficulty in disposing the bad cells. The result is onset of disease.

These findings have spurred this research group to target the oligomer proteins with drugs. They started a biotechnology company to develop new drugs that will treat what they now believe to be the actual source of Alzheimer’s disease.

They anticipate starting clinical drug trials within the next two years.

Your ticket for the: Oligomer Proteins Responsible For Alzheimer’s Disease, Says Research Group