Obesity Effects On Your Health: Is It Actually Contagious?

Obesity has been has been ascribed to various factors such as genetic, medications, lack of exercise, and chronic overeating.  Now, comes along a research study which says that obesity is actually contagious! That’s right; living in a neighborhood with a high rate of obesity can increase the odds that you and your children will become obese. 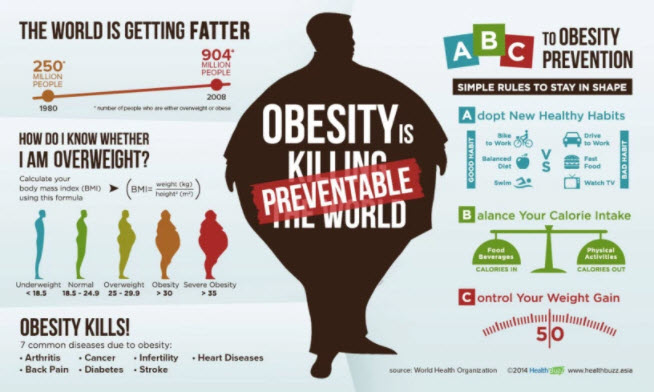 Obesity: Is It Really Contagious?

A new study by the Rand Corporation examined more than 1,500 U.S. Army families living in various locations.  The researchers say their findings may help explain why high obesity rates in the United States tend to cluster in certain geographic areas.

The researchers focused on Army families because they typically relocate based on military requirements rather than personal preference. This eliminated one theory about regional obesity, that people who are obese associate with others like themselves.

The researchers sifted through 2013-2014 data for about 1,300 parents and 1,100 children. The families were stationed at or near 38 military installations across the United States.

The researchers assessed whether families had higher odds for being obese when posted in counties with higher rates of obesity.

Body mass index (BMI) for family members were measured. BMI is a measure of body fat based on height and weight.

In addition,  “shared environment” was measured. For example, the number of grocery stores, sports and recreational facilities in neighborhoods where service families lived, were counted.

Prof. Datar, lead researcher and senior economist at the USC Center for Economic and Social Research. said the analysis confirmed that “military families assigned to installations in counties with higher obesity rates were more likely to be obese. The opposite is also true.  Relocating to a county with a lower obesity rate reduces a family’s odds of putting on weight.

Prof. Datar terms this phenomenon as a “social contagion”.

It is well documented in the behavior and psychology literature that those around us influence behaviors, values, and beliefs.

This can also include behaviors related to health, eating and exercise. Social acceptability has a lot to do with food and exercise behavior choices, whether we are aware of it or not.

Respondents admitted that eating out with friends influenced their choice of meal.

The bottom line is if you want to maintain a healthy weight, hang out with people who are already eating healthier and exercising regularly.

Your ticket for the: Obesity Effects On Your Health: Is It Actually Contagious?

Obesity Effects On Your Health: Is It Actually Contagious?