New Dementia Disease Discovered In Seniors, Given The Name “LATE” 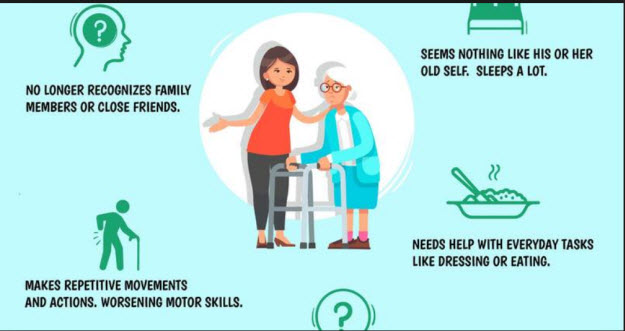 A new dementia disease called ‘Late’ has been discovered in senior citizens. This breaking news was published earlier this month in the medical journal Brain.

This dementia disease, named LATE, hits senior citizens aged 80 years and older. The researchers believe that at least 50 percent of diagnosed LATE cases in this age group is due to this newly identified dementia.

Currently, more than 5 million people over age 65 suffer from dementia, a number that’s expected to more than double by by the year 2060. The majority of these cases have been diagnosed as Alzheimer’s disease.

According to Dr. Peter Nelson, lead researcher on this study, “This may help explain why so many Alzheimer’s drugs have failed in clinical trials”. “Now that we’ve clearly identified LATE, this paves the way for us to develop other, ground-breaking treatments.”

How can you tell the difference?

The answer is that researchers have suspected something like LATE  dementia disease for several years, especially among older patients. These patients, primarily seniors aged 80 and older did not exactly fit the Alzheimer’s diagnosis profile.

This new report reveals it’s much more common than previously realized. For example, autopsy reports show that up to 50 percent of people over age 80 have some form of LATE in their brain. And, 25 percent have enough of it to affect their memory and cognition.

Says Dr. Nelson, “This may help explain why, when we autopsy some of the brains of people whom we thought had Alzheimer’s, we don’t see any signs of the disease”. “They most likely had LATE, instead.”

Still, the question is, why the confusion with diagnosis? Part of the difficulty is that LATE can mimic some of the symptoms of Alzheimer’s, according to the National Institue on Aging (NIA).

The key difference is that LATE displays very differently in the brain than Alzheimer’s. For example, The telltale signs of Alzheimer’s are tangles of a protein called tau, — combined with plaques of amyloid-beta proteins; whereas LATE is characterized by the lesser-known protein TDP-43.

TDP-43 builds up and spreads through the amygdala and hippocampus, two parts of the brain that are the key to memory. This new report is the first time scientists have pulled all the research together in an effort to draw attention and distinguish it from Alzheimer’s.

The different areas of the brain affected by LATE and Alzheimer’s, can perhaps explain why it’s been so difficult to develop effective drugs.  Clinical trials for Alzheimer’s drugs may have also included people with LATE dementia.

Even more confusing, says Dr. Nelson, is that it’s possible to have LATE and Alzheimer’s at the same time, making it difficult to know which disease is causing which symptom. The additional problem is that currently there is no imaging tool to diagnose LATE, only through autopsy. On the other hand, there are PET scans that can image beta-amyloid proteins and tau tangles in the brain.

The next important step is to develop an imaging test that can measure TDP-43 proteins in a living patient. This tool will allow imaging during earlier years to obtain a TDP-43 baseline and compare it to older ages.

The focus then might be to offer a cocktail of drugs that would target both dementia’s at the same time.

In the meantime, with no drugs to combat either LATE or Alzheimer’s — there are still sensible interventions that can help. That is, focus on making lifestyle changes for your loved one who may be displaying dementia symptoms.

Your ticket for the: New Dementia Disease Discovered In Seniors, Given The Name “LATE”

New Dementia Disease Discovered In Seniors, Given The Name “LATE”