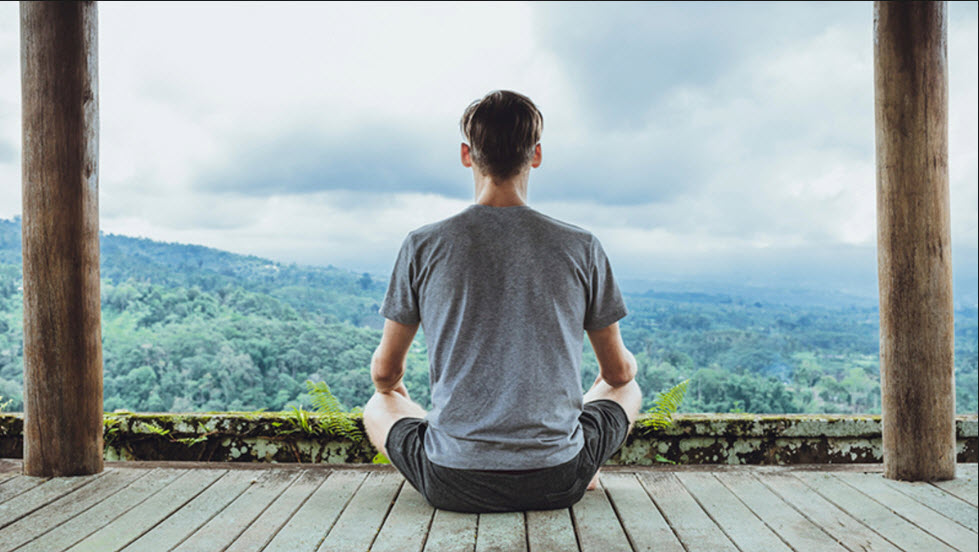 We know from previous research that a gradual decline in the ability to remember, think, and make decisions, emerges long after brain changes happen. For example, it is known that Alzheimer’s patients have many clumps of amyloid proteins in their brain.

These protein clumps interfere with the brain’s ability to transmit and process information. Consequently, there is a decline in memory, mood, and cognitive function.

Therefore, finding amyloid protein clumps earlier with a sensitive blood test will help clinicians diagnose Alzheimer’s much sooner. This may give therapies a chance to delay symptoms.

Beta-amyloid 40 is one of the biomarkers that are predictive for Alzheimer’s disease.
Researchers at West Virginia University School of Public Health tested 60 seniors, aged 65+ who had showed cognitive decline. They were divided into two groups:
1. yoga meditation for 12 minutes a day, or
2. a twelve minute music listening program
Blood tests were done before testing and again at the end of the 3 month testing period. They were again tested a second time 3 months after the first testing.
In addition, memory tests, cognitive function, stress levels, sleep quality, and mood levels were measured at both the 3 months and 6 months interval.

The yoga meditation group had lower levels of beta-amyloid 40 in their blood than the music-listening group.

Beta-amyloid 40 is one of the biomarkers that may predict the onset of Alzheimer’s disease.

These results suggest this type of blood test may catch early symptoms and suggest additional therapies.

Your ticket for the: Meditation 12 Minutes Daily Can Reverse Alzheimer’s Advancement