Internet Affects On The Human Brain, Destructive Or Helpful? 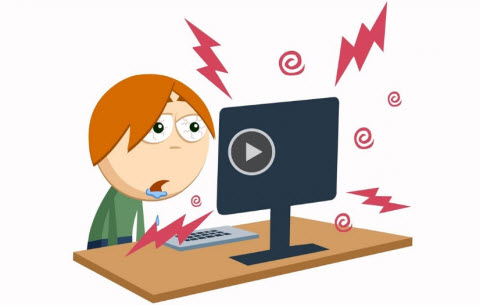 The internet has been around for less than 30 years — so you might think that it’s still an infant with hardly any influence on us. But, think again — the internet has had, and continues to have a profound affect on our lives. The question is, how does it affect our brains, and on the way we live?

How does the internet affect our attention span, concentration, memory and social interaction?

International researchers from 5 universities worked together to find the answers. Their conclusions appear in the journal, World Psychiatry.

What effect does the internet have on multitasking? The researchers report that multitasking online does not improve people’s ability to multitask elsewhere. In fact, it could make people more likely to pay attention to new distractions.

The endless prompts and notifications decreases ones ability to maintain their concentration one one task until it’s completed.

Memory can also be affected. There is less need to remember as you can store your data and information on your computer for future reference.

Scientists found that the brain processes online interactions in a surprisingly similar way to real-life ones.

This may is very beneficial for senior citizens who struggle with feelings of isolation. But young people, on the other hand, are more susceptible to social peer pressures that come from online interactions. For example rejection and bullying. Both can have very serious consequences.

Whereas older adults can be positively affected by the Internet, the same can not be said of young people.

While the internet has only been around for about 30 years, it has had a profound effect on our culture.

Seniors appear to have better adjusted to it and gain from its many positives such as medical apps, ability to socialize, and telemedicine.

For young people, the picture is not as positive. The Internet has fostered a decline in morals, increased the number of programs showing violence, and worse. Moreover, the constant bombardment of negative stimuli is a cause for concern.   For example, cyber bullying, addictive behaviors, and even exploitation can result in bad outcomes. ⁠

Your ticket for the: Internet Affects On The Human Brain, Destructive Or Helpful?

Internet Affects On The Human Brain, Destructive Or Helpful?