Herbs Extracted From Plants May One Day Cure Alzheimer’s Disease 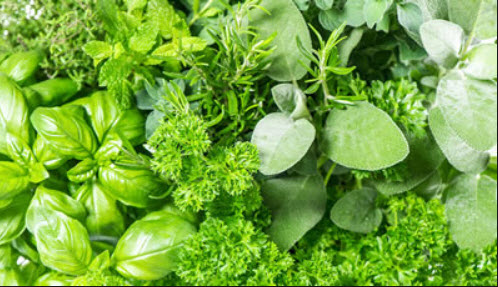 Herbs are usually thought of as spices you would add to your favorite foods to enhance their flavor and taste.

But, now comes word from researchers at the Salk Institute in La Jolla, California, that a herb derived from the Yerba Santa plant may effectively treat seniors suffering from Alzheimer’s disease

Yerba santa, is a plant with a long history of effective medicinal use in California. Native California tribes have long valued Yerba Santa, as an effective medicine. They use it for respiratory illnesses, fever, infections, bruising, pain, and headaches.

Herbs: The Road To A Possible Alzheimer’s Cure

Researchers at the Salk Institute tested 400 plant extracts with known medicinal properties against Alzheimer’s and other age-related diseases.

They found that sterubin, an extract from the Yerba santa plant, was the most effective extract against Alzheimer’s caused inflammation. It also inhibited neurons that activate brain cell death.

Previous research by the Salk scientists focused on alternatives to drug therapies used in Alzheimer’s patients. With all of the billions of dollars spent and new drugs tried, there still is no cure for this devastating disease. Alzheimer’s disease is set to rise from approximately 5.7 million people today to nearly 14 million senior citizens by 2050.

And, according to the 2018 Alzheimer’s Disease International report, dementia affects 50 million people worldwide, 66% of whom have Alzheimer’s disease.

Therefore, it appears that age is the most significant risk factor for Alzheimer’s disease. This suggests that a different approach to a cure must be taken based on the biology of aging.

They developed a screening tool to test for multiple pathways that kill brain cells in the aged.

In previous work, the Salk researchers used a screening method to identify plants that reduce inflammation and protects nerve cells.

They developed this screening tool to identify compounds that can stop cells that attack and kill brain areas associated with Alzheimer’s. The screening tool also identifies the pathways taken to these brain areas.

In Phase 1, they tested 400 plant extracts for their ability to stop oxytosis in mouse brain nerve cells. Oxytosis is a type of cell death that also occurs in Alzheimer’s disease.

Extracts that passed this test were further tested. Extract activity was tracked and evaluated in various age-related nerve cell functions that are specific to Alzheimer’s disease. Some of the tests used mouse cells, while others used human cells.

As mentioned, Sterubin was the most effective herb extract. It was very effective in reducing inflammation in brain cells communicate with each other. Brain inflammation is a major symptom in Alzheimer’s disease.

Who knows, one day, soon, we may be sprinkling a tasty Sterubin herbs extract on our salads and vegetables.

Your ticket for the: Herbs Extracted From Plants May One Day Cure Alzheimer’s Disease

Herbs Extracted From Plants May One Day Cure Alzheimer’s Disease