Find a cure for Alzheimer’s disease and dementia, is so far, much like trying to find a cure for The Holy Grail, unsuccessful. June 2018 has been designated by The Alzheimer’s Foundation of America as a time to bring more information to the public. 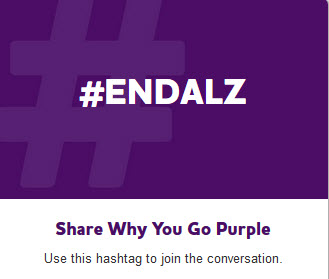 1 in 3 senior citizens dies from Alzheimer’s disease. This is greater than prostate and breast cancer combined.

In 2018, Alzheimer’s and other dementia’s will cost U.S taxpayers 277 billion dollars! By 2050, if no cure is found, this disease will cost the nation 1.1 trillion dollars! And, if the current trend continues, by 2050, 14 million Americans will be living with Alzheimer’s disease.

Alzheimer’s is the 6th leading cause of death in the United States. Between 2000 and 2015, deaths from heart disease have decreased 11% whereas deaths from Alzheimer’s have increased 123%.

Most frightening, every 65 seconds, someone in the United States is diagnosed with this disease.

Alzheimer’s disease is an irreversible, progressive brain disorder that slowly destroys memory and thinking skills. Eventually, the ability to carry out the simplest tasks becomes impossible. In most people with the disease, symptoms first appear in their mid-60s. Alzheimer’s disease is the most common cause of dementia among older adults. There is no cure.

Dr. Alois Alzheimer discovered this disease. In 1906, Dr. Alzheimer noticed changes in the brain tissue of a woman who had died of an unusual mental illness. Her symptoms included memory loss, language problems, and unpredictable behavior. After she died, he examined her brain and found many abnormal clumps (now called amyloid plaques).  In addition, he found and tangled bundles of fibers (now called neuro-fibrillary, or tau, tangles).

These plaques and tangles in the brain are the main features of Alzheimer’s disease. Another feature is the loss of connections between nerve cells  in the brain. Nerve cells transmit messages between different parts of the brain, and from the brain to muscles and organs in the body.

This main damage happens in the part of the brain that forms memories. Cognitive abilities decrease as neurons die.  By the final stage of Alzheimer’s, damage is widespread and brain tissue has shrunk significantly.

Individuals and senior citizens living with Alzheimer’s disease and other dementia’s receive specialized care and compassion at the Putnam Ridge Nursing  and Rehabilitation Center.

The secured memory care unit provides a beautiful and unique setting for your loved one and promotes safety and independence. Caregivers with special training work hard to incorporate the latest techniques in a warm yet structured environment. Design enhancements to the memory care unit include secured entrances and exits, visual cues, and individual care plans.

The focus is to provide emotional and therapeutic well-being that will help to maintain the existing abilities of each resident.

Your ticket for the: Find A Cure, June Is Alzheimer’s Awareness Month