Tibsovo is a once-daily pill that might replace chemotherapy for some people with  relapsing AML, a type of blood cancer that first forms in the bone marrow.

About 700 to 1,100 people in the United States for patients whose tumors have a mutation in a gene called IDH1   would be eligible for the drug.

Tibsovo blocks a tumor cell’s ability to divide and survive. It, however, also comes comes with serious side effects, such as an irregular heart beat,  fatigue, joint pain, and fever. Moreover, Tibsovo can cause a fatal reaction called differentiation syndrome, which causes organs to swell. In one clinical trial, 20% of patients treated with Tibsovo, developed organ swelling. All survived after steroids treatments. In addition, Tibsovo is an expensive drug; the cost for a 30 day supply is $26,115. 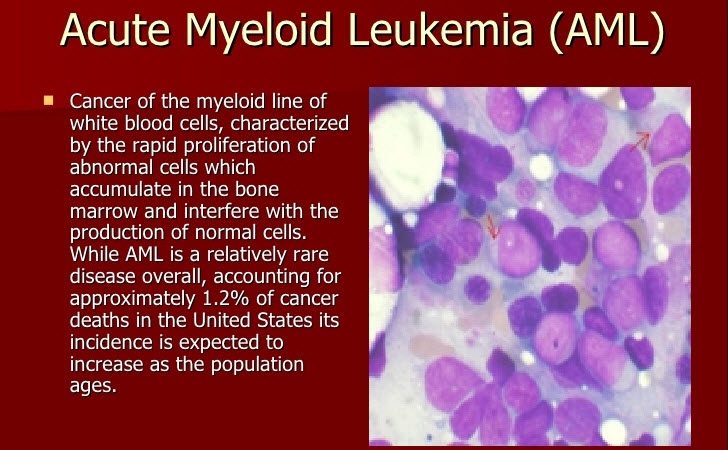 AML is a cancer of the white blood cells and is fatal within weeks if left untreated. AMl begins with mutations in the blood cell production in the bone marrow.  This causes over production of cells which destroy parasites and bacteria.

This mass production leads to cells which malfunction and makes the person more vulnerable to infections, bruising, and bleeding.

AML becomes more common with age and just one in five patients survives for five years or more after their diagnosis. Survival rates are as low as 5% in ages 65+.

The history of patients surviving AML has been a bleak one. The survival rate is a dismal 24%.

Overall, patients with relapsing AML who don’t respond to any treatments survive for less than six months. But clinical trial data showed that Tibsovo treated patients survived for 9 months on average. Furthermore, 30 percent of people in the trial saw their disease go into complete remission; among these patients average survival was more than 19 months.

Prescriptions in the United States started yesterday. And Agios Pharmaceuticals will submit an application for approval to European regulators later this year.

Your ticket for the: FDA Approves New First In Class Drug For Acute Leukemia