E Cigarette Smoking Is As Dangerous As Regular Cigarettes 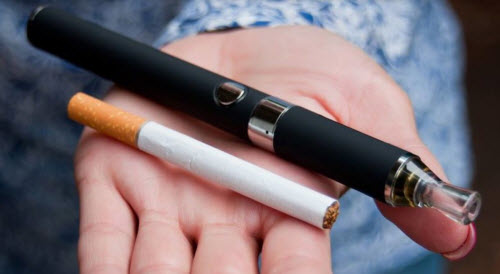 E cigarette smoking is as dangerous as smoking regular tobacco cigarettes. Indeed, the Wisconsin Department of Health Services (WDHS) announced last week that fourteen people were hospitalized just this month alone with lung disease. The lung cancer came from vaping e cigarettes. In July of this year, eight cases of lung cancer from e cigarettes were reported for the state of Wisconsin.

In Illinois, three adults were also been hospitalized this month for vaping-related lung damage, according to the Illinois Department of Public Health (IDPH).

The health issues experienced by e cigarette smokers are serious and very similar to symptoms experiencd by tobacco smokers. For example, vaping brings symptoms such as:

Furthermore, some patients lungs were so compromised, they needed breathing assistance.

As well as nicotine, e-cigarettes also contain metal-laced aerosols. These aerosols have been found to damage the heart and lungs.

Vaping has increased dramatically over the last several years, and with it also has come a significant increase in chronic disease — similar to what is seen in tobacco cigarette smokers. Indeed the FDA has just started a a campaign ad blitz to warn consumers of the dangers in smoking e cigarettes.

The ads are part of a prevention campaign to highlight the dangers. An e cigarette contains not only tobacco, but also can deliver toxic metal particles, like nickel, lead and chromium directly into your lungs.

In addition, they can also contain formaldehyde, which is a carcinogen.  Other materials that can cause permanent damage to the lung, are diacetyl and acrolein.  Diacetyl causes a condition called ‘popcorn lung’ — while acrolein permanently scars and damages your lungs.

FDA officials are warning those who smoke e-cigarettes to get immediate medical attention if they experience chest pain or difficulty breathing. In addition, health care providers caring for senior citizens, experiencing respiratory illness should ask about a history of recent vaping.

Your ticket for the: E Cigarette Smoking Is As Dangerous As Regular Cigarettes

E Cigarette Smoking Is As Dangerous As Regular Cigarettes