Blockchain technology is now viewed as a viable solution to bring down the ever increasing prices of prescription drugs.

Prescription drugs are one of the biggest contributors to rising healthcare costs in the U.S.  And for both individuals and families, particularly where multiple prescriptions are needed, drug expenses can quickly escalate to thousands of dollars. 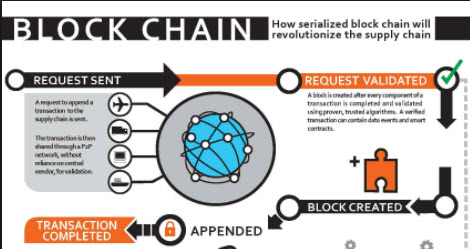 Blockchain Technology: How It Works

Blockchain is a data structure that handles a financial ledger entry, aka a transaction record. Each transaction is digitally signed to ensure its authenticity and that no one tampers with it. The ledger and all existing transactions are therefore of high integrity.

Thereafter, all entries are available to vetted participants for review. These additional layers provide a consensus about the transaction at any given second; they all have copies of the existing authenticated ledger.

Each transaction is digitally signed to ensure its authenticity and is tamper-proof. The ledger and the existing transactions are verified.

The CDC (Centers For Disease Control) reports that deaths caused by the overdose of opioid were 500% higher in 2016 compared with 1999. In this timeframe, more than 200,000 Americans have died because of prescription overdose. Each day, around 1,000 Americans are admitted in emergency rooms for prescription abuse involving opioids.

Another problem that is causing the current crisis on prescription drugs abuse is overprescription. This is on the rise among teens and senior citizens who take painkillers.

Currently, there are no effective methods for tracking drug prescriptions. The present system depends on trust between the doctor and patient, between pharmacy and doctor, and between patient and pharmacy. Paper-based handwritten drug prescriptions can be altered, falsely signed, and forged. Physicians are also not aware that patients can receive the same prescriptions from other doctors.  This system is easily manipulated.

BlockMedX is now developing a platform within the Ethereum blockchain that provides a safe and secure way to record and transmit drug data prescriptions. The platform offers an easy way for pharmacies, physicians, and patients to communicate with each other through electronic channels. This will promote transparency and accountability for the whole prescription process.

Your ticket for the: Blockchain Technology Seen As Solution To High Prescription Drug Prices