Apple New Watch Measures Your ECG And If You Fall Down

Apple this week announced their new Watch Series 4 which features ECG ability as well as detecting if you take a slip or fall down. Both apps were tested and confirmed by the U.S. Food and Drug Administration (USFDA).

The new Apple Watch Series 4 will go on sale in the United States on September 21st.  This is a tremendous development for everyone, and especially for seniors who may have cardiac issues and are more prone to slip and fall. 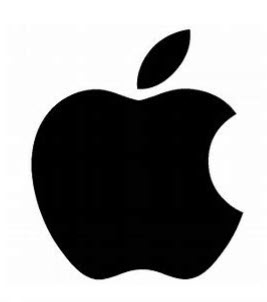 The new Watch Series 4 measures your ECG, can detect atrial fibrillation, and also has a fall detection feature which is based on Apple’s new accelerometer and gyroscope.  All features were tested and cleared by the USFDA.

The watch screens your heart rhythm in the background and sends a notification if it detects an irregular rhythm that appears to be atrial fibrillation.

The watch also alerts users to low heart rates in addition to high ones. The ECG is measured via electrodes that are placed on the digital crown and the back of the Watch.

In addition, another astonishing feature of the Watch Series 4 is that it can take your electrocardiogram and then immediately send it to your doctor. All you have to do is place your finger on the digital crown. This creates a closed circuit with electrodes on the back of the watch and activates the ECG app to analyze your heart rhythm.

This entire process takes 30 seconds! Data is then stored in Apple’s Health App from where it can be transmitted to your doctor.   All data is permanently stored for future reference.

“It’s amazing the same watch that you wear every day to make phone calls and respond to messages can now take an ECG”, says Jeff Williams, Apple’s Chief Operating Officer.

Here is the Apple video describing the amazing Watch Series 4: 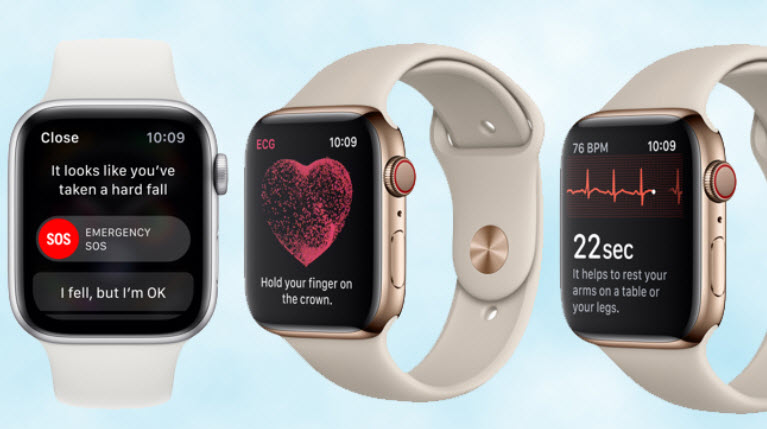 Apple’s addition of the fall detection sensor is also an impressive breakthrough especially for senior citizens. Seniors are more prone to slips and falls compared to other age groups.

Apple’s COO, Jeff Williams praises Apple engineers for the tremendous accomplishment, that is contained in the Fall Detection App.

According to Williams, “We collected data on thousands of people and captured data on real-world falls and we learned something. When you trip, your body will naturally pitch forward and your arms will go forward to brace yourself. However, if you slip, there’s a natural upward motion in the arms. These are motions Series 4 is ideally suited to recognize. With our new accelerator and gyroscope, the Watch analyzes wrist trajectory and impact acceleration to determine when a fall occurs. And from that it issues an alert.”

Technology is on the move and healthcare quality has just gone up several levels.

Your ticket for the: Apple New Watch Measures Your ECG And If You Fall Down

Apple New Watch Measures Your ECG And If You Fall Down