Antibiotics resistance is a serious problem in treating illnesses. Drug resistance develops every time someone uses an antibiotic drug, as a small population of resistant microbes still survives. As more antibiotics are taken, this resistance increases as the resistant germs dominate and connect themselves to other microbes.

Indeed, a global review published in 2016 reports that 10 million lives per year could be at risk due to this increasing anti-microbial resistance.

Infections due to germs that have become resistant to antibiotics are difficult, and in some cases impossible to treat.

Consequently, patients with resistant infections have longer hospital stays and multiple side effects.

According to the CDC (Centers For Disease Control), every year 2 million people become antibiotic resistant, which results in 23,000 deaths. For example, MRSA is a well-known, highly potent bacterial infection found in hospitals. It is extremely resistant to a large number of antibiotic drugs.

The bottom line is that without effective antibiotics, many medical procedures become high risk for infection and dangerous to carry out. These surgeries include cesarean delivery, bowel surgery, chemotherapy, and joint replacement. 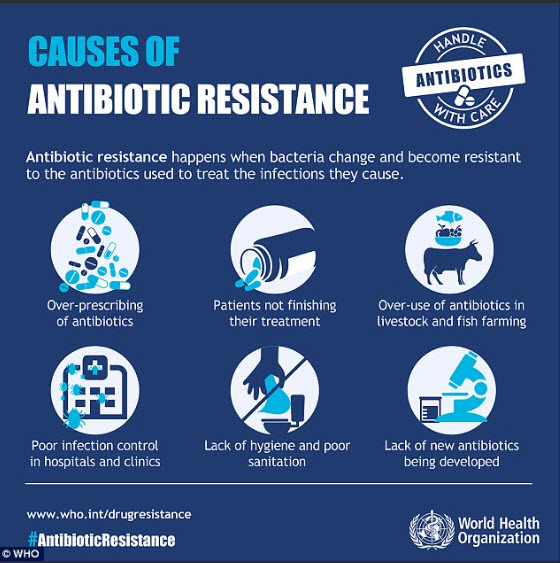 MIT scientists have now developed a simple technique that alters the molecular structure of the antibiotic and makes it much more potent.

This new procedure is an extension of an earlier discovery that small molecule antibiotics such as vancomycin can attach itself to anti-microbe peptides. Anti-microbe peptides are small size proteins that are the backbone of our immune defenses.

The combination of the antibiotic with anti-microbe proteins boosted the potency of vancomycin by a factor of 5 against a stubborn bacteria called E.faecalis. This bacteria is  commonly found in hospitals.

E.faecalis causes urinary tract infections and high fever and has developed a resistance to vancomycin and other antibiotics.

Further testing showed that vancomycin paired with several other anti-microbial peptides was equally effective against other highly resistant bacteria.

These results are exciting and suggest that this combination technique might also be effective with anticancer drugs. Of course, that testing will be one of the next stages.

Your ticket for the: Antibiotics Resistance Reversed With Simple Molecular Alteration