September 5, 2019 Our Reviews and Testimonials 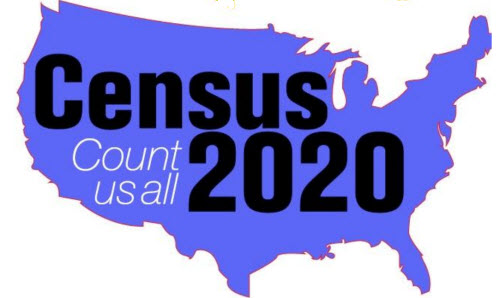 The 2020 Census is very important for senior citizens. And that’s because unlike the previous Census’, the 2020 version will be completed largely online. You ask — why should that be a problem? The answer is simple. Seniors prefer responding one-to-one with a live person, not a faceless computer. They are wary of answering sensitive questions to a box.

Indeed, in past Census’, older Americans were the most likely of all age groups to return their U.S. census forms and make sure they were counted.

But as the country gears up for the 2020 census next March — the first one ever that will be completed largely online — experts say there will be challenges in getting older people to participate.

2020 Census: The Aged Are Concerned

A recent U.S. Census Bureau survey found that 56 percent of those 65 and older aren’t comfortable with an online response. Rather, they prefer to fill out a paper census form.

They are concerned about privacy and the level of cyber security. Indeed, there many recent reports of serious data breaches among large corporations such as Target and others. So, what happens if a significant number of seniors don’t fill out the Census? It could negatively affect them, going forward.

The stakes are high. In 2016, for example, more than 300 federally funded programs relied on census data to distribute more than $675 billion to states and localities. That includes funds for schools, roads and hospitals and also programs that help older Americans, like Medicare Part B.

According to the AARP, participating in the census means getting counted to determine how much federal funding comes into your community. And furthermore, it influences your congressional representation.

The Census Bureau says that older Americans who don’t want to take the census online, will not be forced to do so.

In addition to the concerns voiced by senior citizens, other age groups have questions as well. Here are several they have asked.

How Will It Work?

Between March 12 and 20, the majority of households will receive a postcard invitation to respond online to the 2020 census. Those who don’t answer will then receive the traditional paper form in the mail. If a household still does not respond, the bureau will send a census taker to knock on that door to collect the household’s data.

People who live in areas that the bureau has determined are most likely to lack internet service will receive a traditional paper form in the first mailing. “The Census Bureau is confident that the 2020 census will be easy for everyone to participate in,” says Daniel Velez, a spokesman for the Census Bureau.

Why make the change?

The Census Bureau has digitized the 2020 census to save money. The 2010 census, which cost $10.2 billion, was the most expensive in history. Taking the census online — at least partially — is projected to save an estimated $5.2 billion

Your ticket for the: 2020 Census Important For Gauging Senior Citizens Concerns